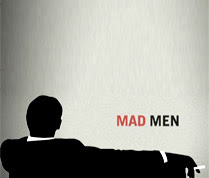 Well behind the curve, my wife and I began watching Mad Men this week. I’ve been underwhelmed: while Donald Draper’s suave, dapper character is drawn with a bit of mystery and complexity, the rest of the scenes are populated by cartoonish caricatures who are flat, predictable and–worst of all–unbelievable. And its propagandish attempt to shock us with the gender mores of the period (1960) fails in two ways: on the one hand, the lecherous, boorish men and compliant, unhappy housewives that populate this world are so hysterically drawn that they come off as parodies–which deflates the scandal; on the other hand, we shouldn’t underestimate how much the glamor and chic of the staging and costuming actually makes such a world attractive.

Last night, just part way through season 1, with illicit liaisons proliferating, it hit me: This is like watching an Updike novel. And I was reminded of Nabakov’s quip that adultery is the most conventional way to rise above convention. In Updike’s Foreword to Early Stories, he says his stories are meant “to give the mundane its beautiful due” (p. xvii). But does he ever really settle for the mundane? Is the mundane really so adulterous? Could Updike hallow the mundane conventions of fidelity? That, for art, would be a more remarkable feat. Not great television, I grant, but still a task for the novel.