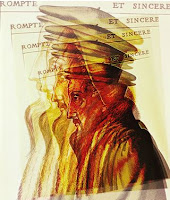 The Barna Group’s report, “Is there a ‘Reformed’ Movement in American Churches?” seems to be getting a lot more discussion than it deserves (see, for instance, Scot McKnight’s post at Jesus Creed). I’m leery about contributing to that attention, but also feel compelled to point out the weaknesses and shoddy social science behind this “report.”

The context, of course, is relatively clear: over the past several years there’s been a fair amount of journalistic buzz about the growth and importance of the “New Calvinists,” or the young, restless and Reformed crowd, as described by Collin Hansen–to the point that it was hailed as one of the 10 ideas changing the world by Time magazine, also receiving attention from outlets like the New York Times and the Economist. And a casual observer can’t help but notice an uptick in self-identifying Reformed voices in places like Christianity Today, or the significant attention garnered by figures such as Albert Moehler in the Southern Baptist Convention, or Tim Keller of Redeemer Presbyterian in Manhattan, or Mark Driscoll in Seattle.

The Barna Report is thus offered as a bubble-buster: a purported deflator of the hype armed with the “statistics” to prove that this perception is an illusion–that, in fact, things haven’t changed in a decade. There are no more Calvinists around now then there were 10 years ago, and thus there’s no discernible “Reformed movement” despite appearances to the contrary.

Now, let me first clarify that I don’t really have a dog in this fight. A part of my argument in Letters to a Young Calvinist is that a lot of those who identify themselves as “Reformed” are not fully so–rather, they just mean they subscribe to a particular soteriology or doctrine of salvation with a particular understanding of election and predestination, etc. But I try to show that being “Reformed” is more fully-orbed than that–it involves particular ecclesiological and liturgical commitments, and also involves a theology of culture often absent from those who might identify with “the new Calvinism.” So while I’m sympathetic to aspects of this movement, I don’t have a stake in defending it, nor do I have any investment in defending claims about its growth.

So, with that said, let me offer several criticisms of this so-called “report” from the Barna Group:

1. The reports claims to evaluate “whether Reformed churches are growing.” There are already a host of problems just in that claim, so much so I don’t even know where to start. Let’s point out a few:

(a) I can’t think of anyone who has suggested that the growth of “the new Calvinism” entails a claim that “Reformed churches” are growing. Indeed, one of the sort of paradoxes is that this brand of Calvinism is flourishing outside of “Reformed churches”–amongst Southern Baptists and nondenominational evangelicals.

(b) No where does the report or study define “Reformed churches.” Instead it queries pastors and clergy about how they would define “their” churches (as either Wesleyan/Arminian or Calvinist/Reformed). It then leaves it up to the pastors to define the terms (claiming that this is standard practice in social science–believe me, it’s not). In addition to being clericalist (the pastor defines a congregation?! Not very Reformed!), by framing the binary choice in this way the poll already skews the definition of Reformed and Calvinist along certain lines; in other words, it loads the dice. In particular, this report is misguided by an overly narrow fixation on “Reformed” being reduced to a particular, personal soteriology.

And this lack of definition can explain other oddities. For instance, the report seems surprised that 31% of pastors who lead churches “within traditional charismatic and Pentecostal denominations” would describe themselves as “Reformed.” They are puzzled by this because Pentecostalism is “generally viewed as stemming from Wesleyan or Holiness traditions” (i.e., “Arminian” traditions). But this is theologically naive precisely because it doesn’t realize the significant theological issue that separates the Assemblies of God from, say, the Church of God-Cleveland (a Wesleyan Pentecostal denomination): that issue is sanctification, and the A/G affirms what it describes as a “Reformed” understanding of sanctification precisely because they reject the “perfectionism” of the Wesleyan/Holiness tradition. So if you ask a Pentecostal if they are “Reformed” or “Wesleyan,” they are going to think you’re talking about the doctrine of sanctification, not election and salvation. More would define themselves as “Reformed” because more Pentecostals are A/G.

(c) Why on earth would one have to rely on self-definition by pastors to determine whether a church is Reformed? A church is Reformed if it is an heir of, and identifies with, Reformed creeds and confessions. In other words, it’s not a secret whether a church is “Reformed” or not. The Reformed Church in America, the Christian Reformed Church, the Presbyterian Church (USA), the Presbyterian Church in America, and a host of others are “Reformed” churches. If you want the statistics, you don’t have to “ask the pastor.” Such a methodology already betrays a kind of nondenominational evangelical bias. But also please note, once again, that almost all observers of the “new Calvinism” has noted its growth outside “Reformed churches.” So not only does the Barna group have a naive, misguided methodology, they’re also measuring the wrong thing.

2. We are not given any information about the relevant samples here, except a few hand-waving notes at the end of the report which claim to have secured a “representative” sample through 600 phone calls. This is not social scientific data that would ever pass muster in the scholarly field of sociology of religion (as represented, for instance, by work done in the Society for the Scientific Study of Religion). Indeed, I find it hard not to find this almost laughable in its methodological naivete and anecdotal nature.

3. Finally, this report is utterly naive about what constitutes cultural significance. It falls prey to what James Davison Hunter has criticized as the “grassroots” naivete of evangelicalism: the idea that there’s power in numbers. So if “the numbers” don’t show growth, then there’s no signficant shift–there’s no significant “Reformed movement.” But as Hunter shows, it’s not populist numbers that change culture: it’s the leadership power of “elites.” So even if there weren’t a groundswell of “new Calvinists” in the pews, there only has to be an upsurge of Calvinists in strategic positions of influence and leadership in order for it to make an impact on American evangelicalism. The Barna Report comes nowhere close to being able to measure something like that.