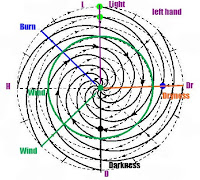 There are strains of the Reformed tradition which like to emphasize that they are “always reforming,” invoking the Latin semper reformanda as a motto. But if one analyzes when and how this is invoked, one will notice something very slippery: that under the banner of “reforming” what we get is really just an agenda for “updating” the faith. And such an “updating” project is far from what was envisioned by the Reformers.

Indeed, such “updating” is more like the mid-century stream of aggiornamento advocated by Catholic theologians who were trying to get the church to “go modern”–to “update” the faith by conforming it to the new regnant standards of what counted as rational, true and just. But such a project of “updating” is ultimately correlationist (as I use the term in Introducing Radical Orthodoxy): it locates the standards for what we ought to believe outside the faith–in the supposedly neutral, objective findings of economics or sociology or evolutionary psychology. This puts Christian faith back on its heels, in a stance of deference to the canons of extra-Scriptural authorities.

But such “updating” is not reform; or, to put it more starkly, to be “always updating” is not the equivalent of semper reformanda. To be sure, Christian faith pushes us to value careful attention to empirical realities and thus requires us to grapple with our unfolding knowledge of our material and social world. Without question. In equal measure, the church, in order to be faithful, is called to be always reforming, not sitting on its laurels as if it has arrived at the truth. Since such a pursuit is an eternal vocation, it would seem odd to think we’ve arrived.

However, the call to be always reforming is not simply a matter of “updating” the faith according to current trends and fads; nor is it even a matter of “correlating” the faith with the supposedly secure findings of other authorities. To be “always reforming” is to be engaged in the hard work of being a tradition, which includes the difficult labor of arguing about what constitutes a faithful extension of the tradition (I have something like Alasdair MacIntyre’s account of “tradition” in mind here). This difficult work of reform differs from “updating” because it retains the center of gravity in the tradition (which, of course, includes and prioritizes the “founding document” of the tradition–in this case, Scripture).

This is merely a sketch to watch the “codes” at work when “always reforming” is invoked, and to urge a kind of semantic caution that under the banner of “reforming” language what we often get is a progressivism that is animated by a chronological snobbery which is a far cry from the task of reform, let alone the Reformers.

[Perhaps a word about the image above is in order: I was looking for something that captured the sense of “spiraling forward,” which is how I envision this dynamic of reforming a tradition: returning to the sources in order to discern how to faithfully extend and move forward. This image doesn’t quite get it, but it’s better than yet another mugshot of a bearded Reformer.]