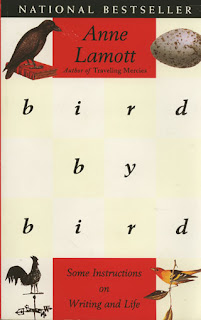 For a long time–even after I had published several books–I kept telling people that I wanted to be a writer. What I generally meant was that I wanted to be a novelist (and that’s still true) or write for Harper’s. But I also think I was working with a latent distinction I still want to affirm: being an author and being a writer are not synonymous. Most philosophers and theologians are authors: they publish articles and books bent on communicating content and making arguments. Their goal is conceptual clarity and careful demonstration. But all of that can happen with very little attention to form. Indeed, one can write entire books and yet not take language all that seriously.

But it’s just that attention to form that characterizes the writer. To make the move from being an author to being a writer you have to learn to love sentences.
You will know you’re on your way to being a writer when you have a love/hate relationship with language: when you can be either thrilled or vexed by the cadence of a sentence or turn of phrase–when you can’t quite leave the paragraph on which you’re laboring because there’s a tic of timing that’s driving you mad. Or when you begin to consider the force of a sentence in terms of its ability to move rather than prove. In sum, you’ll know you’ve become a writer when you consider the sheer play of language to be a country to which you’d gladly emigrate.
You will also know you’re on your way to being a writer when you find yourself a different reader: when you find yourself gratefully lingering on a sentence you’ve just read because it has brought an unexpected delight, and you have a deep appreciation for the writer’s attention to craft–that she’s forged something anew, just for the sheer delight of putting it that way. Or when you find yourself angrily scribbling in the margins because of some hack’s laziness and tired, derivative style.
So how does one make that transition from being an author to being a writer? Unfortunately, I have no easily formula. Instead, what comes to mind is Pascal’s advice after his infamous wager: “Can’t find yourself able to believe?,” Pascal asks. “That’s OK. Just fake it for a while. Go to Mass. Try on the rhythms of a believer. Practice your way into faith.” Something similar holds for becoming a writer, I think: act as if. You’re working on a book, for goodness’ sake–give yourself permission to imagine yourself as a writer.
And then consider some of these as new habits:
1. Immerse yourself in fiction and poetry. If you don’t love fiction, I can’t imagine how you’ll ever be a solid writer. The imaginative worlds of novels and the linguistic intensity of poetry should be your daily bread. Central to your apprenticeship should be mimesis, learning to imitate good writing. To familiarize yourself with that, you need to be regularly swimming laps in the deep pool of literature. If you can’t imagine this being true for you, then stick to being an “author.”
2. Apprentice yourself to the craft of writing. Granted, there’s an entire industry of wannabe writers out there that keeps Poets & Writers afloat. But there are also some very helpful books that are themselves examples of engaging writing. I’d recommend starting with Anne Lamott’s Bird by Bird: Some Instructions on Writing and Life.
3. Become a formalist. You will need to train yourself to appreciate form in fiction–to not just be carried along by the narrative force of the story, but to also be attentive to the gritty conditions of that–the minute particularities of how sentences and paragraphs work, the careful, world-changing choices an author makes. To that end, I constantly commend James Wood’s How Fiction Works.
4. Be patient. Recall Malcolm Gladwell’s 10,000 hours rule (in Outliers): What looks like overnight “genius” exploding onto the scene is usually the product of about 10,000 hours of practice. This is the (admittedly discouraging) math of expertise. Now, I think you can log credit for all the hours you spend reading fiction and poetry as hours of practice. But you also just need to write. And write. And write. Write stuff that will never see the light of day. Write blogs. Take form seriously in your emails. Never miss an opportunity to make language dance and play. Embrace the craft at every turn. You might just become a writer.