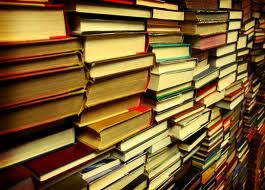 I don’t envy young theologians and Christian scholars today. Fewer and fewer tenure-track positions only ramps up the expectations for landing a job. What might have earned someone tenure a generation ago is now almost needed just to land an interview. The pressure to publish begins in doctoral programs, especially for those outside of elite departments.
At the same time, the proliferation of journals and even publishers has made it easier and easier to “get published.” The old gatekeepers have lost their monopoly. There was a day when publishing books in theology required passing through the portals guarded by the publishing establishment: Cambridge University Press or Oxford University Press for one kind of theological publishing; Eerdmans, T & T Clark, Fortress, Baker or InterVarsity Press for another sort. In any case, there were established channels that made “getting published” more difficult. But over the past decade, with easy access to publishing technologies, we keep seeing more and more publishers springing up. Granted, even “back then” there was always the University Press of America, but now we have a proliferation of publishing outlets for theology–not to mention a growing cadre of niche and online journals. The result is that if you have a manuscript for a reasonably coherent book, it’s now easier than ever to see it in print, to “get published.”
And so my unsolicited advice to young theological writers: Just because you can publish it doesn’t mean you should. In other words, don’t confuse printability with publishability. If you shop a manuscript to some of the old stand-bys in theological publishing, and you consistently get turned down–then, sure, it’s true that I can name three publishers off the top of my head who would probably be willing to publish your book. But I wonder if you would have just missed a teachable moment:
Was there something to learn in those rejections? Was there some feedback in those difficult emails–hard as they were to receive–that might have made you a better writer? Could it just be the case that your project is not worth publishing? Could your manuscript be like that unpublished novel that every great novelist had to write, just to learn how to do it, only to have it end up in the drawer in their desk? (I can still remember Donald Hall, in Unpacking the Boxes, talking about the thousands of poems he wrote that never saw the light of day.) What if it turns out that those editors and referees actually knew a thing or two?
I can already imagine the response: “Well, that’s easy for you to say, Mr. Tenured Professor–Mr. Protector-of-the-Establishment-and-Status-Quo. Worried about people hounding in on your turf?”
You’re welcome to that retort. Nobody’s stopping you. Maybe you’re right. However, if I’m suggesting that not everything that gets published in theology today deserves to be published, I’m not thereby claiming that everything that does get published by the “old stand-bys” necessarily deserves to be published either. The established houses are not perfect. But they do keep the bar a little higher.
I just wonder if there might be a few young theologians out there who are willing to at least pause and consider the possibility that there remains some wisdom in the establishment–and so might, for the sake of their work, submit to the disciplines of the process, even find the gifts hidden in rejections, rather than scurrying to find what upstart press will get their book into print. They might be grateful later, and theology might be better for it.