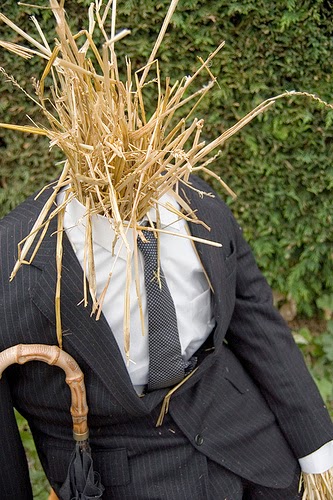 It’s always, er, let’s say, “intriguing” to read an article that purports to be a critique of your work which, in turns, criticizes what you have also criticized and espouses positions that, in fact, you have also argued.  In short, it’s puzzling to read an article that claims to disagree with you when said article argues for the same positions you hold.

I say “intriguing,” but what I really mean is frustrating, disappointing, and puzzling–especially when such a “critique” is not some random musing hastily posted to a blog but an article that appears in a major evangelical publication that (one assumes) has been vetted by editors who (again, one would think) exercise some critical quality control.  (I say this as someone who also edits a magazine and has had to reject articles–even articles I’ve commissioned–when authors weren’t willing to correct caricatures.)

This was my experience upon reading Kirsten Guidero’s puzzling, somewhat meandering article, “We Need More Than Liturgy,” published by Christianity Today.

The problem isn’t critique.  Critique is how knowledge advances and how authors continue to learn.  And I’ve appreciated some well-founded critiques of both Desiring the Kingdom (DTK) and Imagining the Kingdom (ITK).  Indeed, as I note in the Preface to ITK, insightful criticisms of DTK shaped how I approached volume 2 of the Cultural Liturgies Project.  I’ve also engaged the helpful criticisms of my project from “the Westmont Four” that appeared in Books & Culture (here and here).

Lots of other criticisms are simply mistaken and uninteresting and usually exhibit the critic’s inability to understand an argument (or that the critic has already decided before reading that book X is “wrong” because it is written by Y and Y is associated with Z, etc.).  Most of these sorts of “critiques” appear on blogs and I happily ignore.

Guidero’s is this sort of “critique,” but it appears with the imprimatur of Christianity Today and, one has to conclude, its editors.  It’s frustrating to feel compelled to write a response to such a piece since it’s required only because an author and editors failed to actually read what I’ve already written.  And if my response seems tedious, it’s precisely because I find it tedious to have to restate what Guidero should have already read (supposedly “has read”).  My response, then, is as much an indictment of the editors of Christianity Today as it is of Guidero.

Without further adieu, a few notes:

Guidero’s attributes to me a “defense of liturgical evangelicalism.”  I dare anyone to find any instance in which I have either used this term let alone “defended” it.  I have no idea what it would mean to be “a champion of the evangelical liturgy cause.”  To the contrary I have been persistently skeptical about what “evangelicalism” means.  Instead, ever since the final chapter of Who’s Afraid of Postmodernism? (2006), I have argued for catholic faith. “Evangelicalism” is not my term nor my identity.  I’m a Reformed Catholic.

Guidero mistakenly thinks I argue for some kind of reductionistic materialism, as if we were only bodies–that I set up liturgical formation “against” cognitive processes and am engaged in “a continued zero-sum game pitting mind against body.”  Instead, she argues for the “enduring interrelation of our bodies, brains, and identities.”

Here’s the problem: that’s also what I argue for.  Both sides of her claim are so baffling to me I don’t even know where to begin, but I think it must stem from Guidero’s inability (or refusal?) to really grasp what I argue in chapter 1 of ITK (an admittedly challenging chapter, focused on Merleau-Ponty).

Following Merleau-Ponty, I emphasise the “hybridity” of our being–that we are mind and body (ITK, 43).  This “betweenness” and inter-relatedness of mind and body is almost the entire burden of the first chapter of ITK (see especially pp. 69-72 about the “wholeness” of our experience).

[Also relevant is a footnote on ITK, p. 55, drawing on Alasdair MacIntyre: “The term animal (as in “liturgical animal” or “imaginative animal”) is just a philosophical way of naming our embodiment, of saying that we are not essentially souls or only minds but embodied thinkers that Aristotle called “rational animals.” We aren’t angels. Merleau-Ponty and Johnson press us to situate the rationality in our animality, in our embodiment. Alasdair MacIntyre makes the same point: “our whole initial bodily comportment towards the world is originally an animal comportment” (Dependent Rational Animals, 49).]

I’m not arguing that we are only bodies; I’m arguing that we are not less than bodies.  She takes my argument for irreducibility as if it were a reductionism.  But I don’t know how many more ways I could protest that in the book.  Guidero is working with a dichotomy that I explicitly refuse.  For example, I conclude ITK by emphasizing “that this attention to our unconscious habituation and embodied ‘feel’ for the world is not meant to denigrate or neglect the role of reflection and intellectual analysis.  I am not setting up a dichotomy: either practice or reflection.  To the contrary, my hope is to foster intentional reflection on practice in order to encourage reflective immersion in practice” (p. 186).  The entire Preface of ITK makes this same point: if my argument is anti-intellectual, both of my books sure ask people to do some really hard thinking about worship!  In that sense, I only wish Guidero would have thought a little more carefully about all of this.

Furthermore, I explicitly agree with her claim about how we ought to be engaged in worship: as I emphasize at the conclusion of ITK, “worship requires full, active, conscious participation even if it is also forming us in ways that elude our conscious awareness.  If our immersion in the practices of Christian worship is always and only a matter of ‘going through the motions,’ then we are not really practitioners” (p. 187).

If some of Guidero’s evangelical friends have latched onto “liturgy” as some kind of magical antidote, that’s not my fault.

According to Guidero, I argue, in DTK, that “Christian education must be entirely redirected in order to better foster such liturgical emphasis on the emotions.”  (Guidero has a habit of simply putting a title in brackets in a mode of vague reference–though this might have been a result of editorial trimming.)

Really? I’m baffled.  I’ve searched high and low throughout Desiring to see where I even talk about emotions.  All I could find was a critique of emotionalism on p. 79 and then a more substantial discussion on p. 224 where, again, I critique emotivism.  In the context of a discussion about campus worship, I push back on dichotomous models that emphasize either the intellect or emotions.  “[B]oth sides,” I point out, “tend to either reduce Christianity to a belief system or an emotivist experience.”  In contrast, I argue that “if we begin from the assumption that humans are liturgical animals, and that the Christian social imaginary is carried in the practices of Christian worship, then…the role of the chapel is not to stir our emotions or merely fuel our ‘spiritual’ needs…”

Guidero doesn’t seem to appreciate the nuances of the philosophical account of the emotions that is unpacked in ITK drawing on scholars like Merleau-Ponty, Mark Johnson, Iain McGilchrist, Bob Roberts and relevant work in neuroscience. (One can find further exploration of a nuanced account of emotion in my earlier book, Thinking in Tongues: Pentecostal Contributions to Christian Philosophy). She also seems to confuse my (Burkean) sense of the “sentimental” (also per David Brooks) as if this was some kind of Oprah-fied Hallmarkism and the stuff of Nicholas Sparks’ movies–when, in fact, this is precisely what I criticize.

That I could be guilty of extoling “emotion-driven Christian liturgy” is almost laughable: you should come to my church!

In what she takes to be opposition to my project, Guidero emphasizes that “liturgical formation does not guarantee virtue formation.”

But where do I ever make claims about such a “guarantee?”  I reject any sort of liturgical determinism (just as Merleau-Ponty and Bourdieu also reject determinism, as I note in ITK).  And already in DTK, I noted the limits of liturgical formation.  Consider, for example, an important footnote on p. 208:

I suggest that my account of secular liturgies might be able to provide a framework for explaining why the practices of Christian worship don’t seem to transform those who participate in them. For instance, I can think of a congregation gathering week in and week out for historic, intentional Christian worship that includes all the elements discussed here; and yet, from the perspective of shalom, some of its parishioners are unapologetic and public participants in some of the most egregious systemic injustices. Does that falsify my claims here? I don’t think so, at least not necessarily. Rather, we will need a more nuanced account of how some liturgies trump others; in this case, we could suggest that though these parishioners participate in Christian worship, their participation in other secular liturgies effectively trumps the practices of Christian worship. Such a line of investigation might also require that we attend to empirical realities, drawing on a theologically informed psychology, sociology, and ethnography.

Furthermore, I conclude ITK with an entire section emphasizing the importance of reflection and liturgical catechesis, inviting worshipers to think about what they’re doing when they worship (pp. 187-189).  There, drawing on the wisdom of my friend John Witvliet, I explicitly name and reject the kind of liturgical superstition that Guidero attributes to me.

I’m not quite sure what to make of Guidero’s section, “Who Decides?,” but she seems to attribute to me some kind of traditionalism as if I think there is “one, true” Christian liturgy that was handed down from heaven to…who?  Cranmer? Calvin? Bob Webber?  I’m not sure because, simply, I don’t hold this view.

If some people are prone to liturgical positivism and traditionalism, what does that have to do with me?  I explicitly reject this kind of static, “deposit” model of Christian liturgy, even though I do argue for a core, catholic liturgical inheritance that is the accrued wisdom of the body of Christ, led by the Spirit over the course of history (see esp. ITK, pp. 169-171).  But I also explicitly note that this does not preclude innovation in liturgical forms (p. 174n.61):

This is not to say that there is no room for innovation or improvisation in Christian worship or that affirming the formative wisdom of historic Christian worship requires merely repeating status quo forms. The point is rather that improvisations and innovations of worship form need to be attentive to the narrative arc of the form and the unique “incarnate significance” of worship practices. Innovations that are “faithful” will preserve the plot of that narrative arc and deepen the imaginative impact of worship. Unfaithful and unhelpful innovations will be developments that are detrimental to the imaginative coherence of worship.

Was there some other way I could have said that so Guidero could hear it?

These notes still don’t quite capture the gulf between the positions she ascribes to me and those I actually argue for in DTK and ITK.  To do so would be to rewrite those books.  The best I can do is invite you to read the books carefully (even if Guidero didn’t) and assess for yourself.

Do we need more than liturgy?  Absolutely.  In fact, I wrote a book called Desiring the Kingdom that concluded with the same point.  And that we need nothing less.