When I give talks based on Desiring the Kingdom, I often revisit my analysis of the mall as a consumerist cathedral.  The concreteness and universality of the experience is usually a helpful entrée into the core concepts of my liturgical analysis of culture.

A couple of resources to add to that analysis:

When I was in Charlottesville recently, Louis Nelson, an architectural historian at the University of Virginia, pointed me to Ira Zepp’s book, The New Religious Image of Urban America: The Shopping Mall as Ceremonial Center–which seems to confirm much of my reading.

Second, Jeroen van der Zeeuw from the Netherlands passed along this stark image: an aerial photograph of a mall that makes the “cathedral echo” quite explicit! 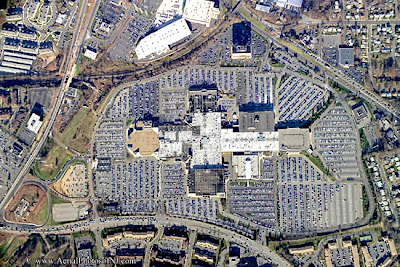