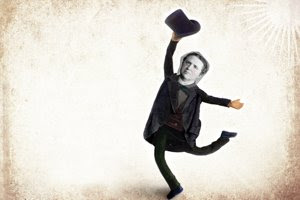 Some folks might be interested in my recent article in Christianity Today, “Teaching a Calvinist to Dance,” which has just been made available online. (I absolute love Polly Becker’s art for the piece, which features a dancing Kuyper!) The gist of this short, non-scholarly little piece is to simply explore how being Reformed and being “pentecostal” are not as antithetical as one might think. In fact, I have always sensed that they can actually fuel one another.

I’ve already received a number of encouraging emails from folks who’ve been eager to share that I’m not alone in sensing this confluence. Good to know the tribe is larger than I might have thought!

Criticisms so far have tended to either fault the article for not providing a full dissertation on either the Reformed tradition or Pentecostalism (um…there’s only so much you can do in 1500 words, folks), or they have assumed that I’m saying Reformed worship, by being “pentecostalized,” should therefore be non-liturgical. Let me just clarify a couple of things:

1. In the space of the CT article, I simply use “Pentecostal” and “charismatic” synonymously since the focus was on the sort of embodied, spontaneous worship that characterizes them. This is not to say that these are simply the same theologically; indeed, I prefer to use the small-p “pentecostal” to describe what is shared by both, and save capital-P “Pentecostalism” for the theological distinctions of classical Pentecostal denominations like the Assemblies of God. I work out this distinction in my “Thinking in Tongues” article in the April issue of First Things, but couldn’t get that detailed in the CT piece.

2. Critics seem to work with a binary imagination which assumes that worship must be either rigid liturgical forms or ecstatic emotionalist chaos–and they then assume that I’m some sort of apologist for a worship free-for-all (an assumption hard to maintain for anyone who has read my last couple of books). So I politely refuse the dichotomy. For me, the kingdom of God looks like charismatic Catholic worship, where the Eucharist issues in protestation and ecstatic praise, where historic liturgy makes space for the surprising voice of prophecy, and where This is because I think pentecostal worship is, in its essence, sacramental. And I have long been suggesting that on just this point, the Reformed tradition would do well to remember it is Catholic. (For a high-powered argument along the same lines, see Todd Billings’ important book, Calvin, Participation, and the Gift.)

3. Finally, I now realize that what we mean by “Reformed” at Calvin College is quite different than what is meant by the term when it’s emphasized by alot of the “young, restless Reformed”-types of which Colin Hansen writes, who seem to me to have a very modernist fixation on doctrine, scholastic debates about TULIP, and a creeping pride about being “intellectuals.” (And I gather that many of them are former charismatics who disdain the anti-intellecutalism of their former selves, which they see as inherent to the charismatic tradition. A false assumption.) The funny thing is that I think both the holism of the continental Reformed tradition (Kuyper, Dooyeweerd) and the holism of pentecostal/charismatic experience counter the false intellectualISM of such scholastic versions of being Reformed. But being anti-intellectualIST is not the same as being anti-intellectual.

These matters and more will be more fully developed in the book I’ll complete this summer, Thinking in Tongues: Elements of a Pentecostal Worldview, which will appear next year from Eerdmans.