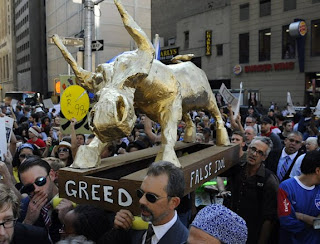 The Chronicle of Higher Education has published an excerpt from Phil Zuckerman’s new book, Faith No More: Why People Reject Religion. In “Taking Leave of Religion,” Zuckerman notes the increase in “apostasy” in the United States, citing the growing numbers of Americans who identify with no religion. This is not just a factor of secularists reproducing, he suggests (nonreligious people have fewer children than believers), but rather an outcome of people leaving faith. He’s also happy to repeat the tired canard that, basically, smart people “get over” religious belief.

I won’t contest Zuckerman’s argument (yet). While he claims to have generated new qualitative data, I think the bar of explanation has been raised by Taylor’s A Secular Age. Rehashing the secularization thesis is just uninteresting. Even if Zuckerman correctly predicts a growing departure from institutional religion in the United States, all that means is that the USA is less of an exception. The conclusions one draws from this are what’s at issue.
For now, I’m interested in homing in on Zuckerman’s claims about “religion” (and the lack thereof). Consider a first conclusion he draws:

Religion is not universal or necessary. Many people live without religion—in fact, prefer it that way. That bald fact strongly counters the notion that people—as people—are intrinsically religious or that religion is inextricable from the human condition. That might seem obvious, yet some scholars continue to write about religion as an inevitable force. Paul Froese, an associate professor of sociology at Baylor University, calls religion an “essential aspect of the human condition.” Beliefs about God, he continues, “lie at the core of human understanding,” and religion is universal and essentially unalterable. Reginald W. Bibby, a sociologist at the University of Lethbridge, describes religion as one of the “essential needs” of humanity, like food. The existence and recent increase in apostasy renders such notions highly suspect.

This gets at something I’ve contested in various places over the last several years: the identification of “religion” with particular sets of beliefs, and specifically beliefs about God. (I’ve crystallized this argument in a chapter I’ve written, “Secular Liturgies and the Prospect for a ‘Post-Secular’ Sociology of Religion,” which will appear in The Post-Secular in Question: Religion in Contemporary Society, forthcoming from NYU Press. I’ll try to get permission to excerpt here in the future.)
Interestingly, I don’t think a Christian account of “religion” requires that we identify religion with belief in God. Whether one considers Paul or Augustine or Calvin, it seems to me that “religion” is associated more fundamentally with an impulse to worship. To say that human beings are ineradicably “religious” is not to say that they just can’t shake belief in God.
(As an aside, I think this is exactly the mistake of so much of the current work on “cognitive science of religion” done by Christians in an apologetic mode–per the “Templeton” project, so to speak.)
To say that humans are essentially “religious” is to claim that they are primed to worship, wired devote themselves to something as ultimate, to ascribe “worthship” to some ultimate end. So while people might be “taking leave” of belief in God or gods, or “apostasizing” from specific communities of religious practice, I don’t think that is sufficient to conclude that “religion is not universal or necessary.” On my account, secular devotion is not just “analogously” religious: it is religious. It is an expression and product of “secular liturgies.”
Reconfiguring our definition of religion–away from a belief-centric model to a “liturgical” definition–gives us new radar for cultural analysis and reframes the sorts of data Zuckerman cites. It also gives us a new take on the everyday. To take just one example ready to hand: Here on my desk is the latest issue of the New York Review of Books in which Michael Greenberg offers further reflections on “Occupy Wall Street.” Talking with some of the activists in Zuccotti Park, Greenberg comments:

Talking with him, as with Katie, I was reminded of the so-called Tercer Mundista priests I met in Mexico in the early 1970s, who broke with the Vatican and actively supported revolutionary movements in Central America. Both Alec and Katie possessed that calm sense of devotion to a higher calling—not a certainty of belief so much as a certainty of purpose. They both spoke of the movement in unabashedly spiritual terms. And while neither talked explicitly of religion, they seemed to have faith that they were progressing toward the kind of social system that would provide participants a measure of peace and “mental fulfillment.”

Zuckerman’s tired categories will not enable him to see the religious nature of secular devotion.