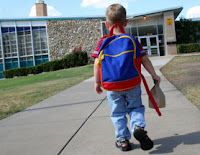 It seems like every week I get emails from undergraduates who’ve acquired a taste for academic exploration, or who sense a call to such a vocation, and thus ask for advice about going to graduate school. It occurred to me that I could save myself from writing the same email over and over if I wrote a post or two that summarized some of my thoughts on the matter. So over the next few days I’ll try to distill some wisdom into a few posts that might be helpful to those considering this path–though there are always unique aspects of each person’s story that will complicate the rather generic wisdom I offer here.

So you want to go to grad school… You’ve caught the bug. Your imagination has been captured. You feel like you finally know why you’re here on planet earth. Reading Aristotle or Derrida or Barth makes your heart sing. You’ve been blessed with a professor or two who’ve modeled the “life of the mind” for you and it’s captivated you as the very embodiment of the good life. You feel called to teach. You’re in the groove when thinking through difficult issues and then trying to articulate a constructive way forward. You love to write. You’re at home in the library. You were made for this. You were born to be a professor. And so you’ve reached the logical endpoint: you want to apply to graduate school.

Well, let me offer a few words of advice.

Second: Seriously. Don’t even think about it.

OK, fine. You seem very persistent. Maybe you’re the exception to the rule. When the time comes to find a job–the sort of tenured “leisure” you see your professors enjoying–don’t blame me if they no longer exist. When you’ve spent 6-8 years honing your skills, mastering the canon, grinding out a dissertation, schlepping to umpteen different adjunct posts, playing the game on the conference circuit–when the reality begins to sink in that you might not be able to have what you glimpsed when you were a junior, I won’t exactly say “I told you so,” but I hope you might not be entirely surprised.

But then again, maybe you’re one of the few who can emerge from this whole process and land where you hope. So with all of those qualifiers in place, let’s think about how to approach the prospect of graduate school.

Well, then let’s be clear: In some cases, you simply can’t get there from here. If you’re at a Bible college right now, or a little Christian college, or probably even just a local state university, I hate to break it to you, but that route’s pretty much blocked for you. I know: it might not be fair. You might be brilliant. You might be smarter than some of those grad students who are going to get into Princeton and Stanford. It might be that you were the first person in your entire family to ever go to college. It might be that you just couldn’t imagine these possibilities because of the little rural high school you attended–such a trajectory just wasn’t in your imagination. Indeed, where you went to kindergarten was probably already loading the deck against you. Whatever the reasons, I hate to be the bearer of bad news, but–contrary to the myth of the so-called “American dream”–you can’t get to the Ivy League from there.

If you are at a place where that sort of path remains open to you: Congratulations! But I’m afraid I can’t help you. That’s not my world.

But: maybe that’s not what you wanted anyway. Maybe you don’t want to play the elite game. Maybe you can imagine yourself being happy as a teacher and scholar in all sorts of different settings. Perhaps you’d be quite happy teaching at a small Christian college that primarily emphasizes teaching and engagement with students. Maybe you don’t care about publishing and research that much–you’re just really jazzed by teaching, by being the kind of professor that got you thinking about this anyway. Maybe you’d be quite happy spending a lifetime at the local campus of your state university–at a place like Penn State Altoona or the University of Wisconsin Plattville. Perhaps you simply dream of returning to teach at your denomination’s seminary, or the Bible college from which you’ve graduated. Indeed, maybe you could be pretty psyched teaching at the community college where you were first awakened to intellectual pursuits.

OK, then now we’re getting somewhere. Because the paths to those sorts of jobs don’t have to run through Berkeley or Cornell or Columbia. You can get there from here by pursuing graduate study at places like Loyola or DePaul or Boston College. You might be able to earn a doctorate at a solid seminary or divinity school and still achieve your goal. We can start talking about specifics later.

But right now you just need to take a few days, even a few weeks, and think backwards: what sort of life can you envision yourself living? In what sort of context can you imagine yourself being happy? If you can do some discernment about that, then we can work backwards to determine where you should go.

Next time: Choosing a discipline.