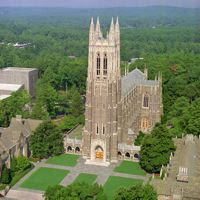 OK, you’ve considered the sort of “rendition” of the scholarly life that appeals to you, and you’ve narrowed down the discipline in which you’re going to be “apprenticed.” The next step is to get more concrete and think about where you’re going to apply. I am very hesitant to get into specifics here, but since the point is to save me from writing 75 emails over the next few months, let me wade into this a little further.

First, while some of my students (and perhaps readers) acquire a taste for literature, I really have no expertise to recommend specific programs in that area. So I have to punt on that score. I’m sure there are resources out there to help. For what it’s worth, two of my favorite former students have studied English and literature at Northwestern and Yale and both seemed to have been very happy there.

Second, most students who write me tend to be interested in what we might call philosophical theology with a continental twist. That’s one of those between-the-cracks areas, so you will have had to decide whether you want to range into the philosophical from a theology program or whether you’d prefer to lean out into the theological from a philosophy program. Again, you need to make this decision based on the sort of 101 course you could imagine yourself teaching. For what it’s worth, I did the latter: my PhD is in philosophy, but I was in a program that allowed me to take a few graduate courses in the theology department and also permitted me to have a theologian on my dissertation committee. But that meant my “canonical” training was in philosophy, and that my teaching assistantship immersed me in teaching PHIL 101, as it were. I have no illusions that I could teach THEO 101.

So if you ask me about specific schools, I can cautiously offer a few suggestions since we’re remaining at quite a “generic” level here. Nothing I say here pretends to be exhaustive or even comprehensive; and I’ll no doubt want to come back and add/revise after I get a few angry emails. But, all that said, if you’re interested in something in the ballpark of “philosophical theology,” I tend to point students to the following programs. (In my next post, I’ll discuss programs in “continental philosophy of religion.”)

For the sake of time, I’m going to stop there. I fear I’ve neglected many, but this provides you with a start. (And perhaps I’ll hone and revise this in the future.)

But also keep in mind what I said in my first post: The schools and programs I’ve noted above are the cream of the crop. They are incredibly difficult to get into, but a PhD from these places will open quite a few doors. However, if you don’t have aspirations of teaching at an upper tier college or university, then you don’t need to jump through hoops this high. That is, if you feel called to teach at a small Christian college or a small seminary, or a Bible college, or even a community college or local state university, then earning a PhD from places like Fordham University or Loyola University in Chicago are an adequate path. Or you could earn a PhD from a place like Calvin Theological Seminary or Fuller Theological Seminary.

To discern “where you can get to from here,” you need to consider the placement record of the PhD program you’re considering. Where have their graduates been hired? Are those the kinds of places you’d like to end up? How many of their graduates have been hired? That will give you a sense of the extent to which the school really works on behalf of students to get them placed. The best programs will provide this information. (If they don’t, you should be suspicious.) Get a list of their graduates, find where they are now, and email a few of them. Ask them about their experiences. People are usually very happy to reply, especially if they appreciated their experience there.