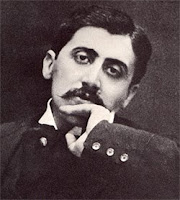 As I’m working on volume 2 of “Cultural Liturgies,” I am spending a lot of time and energy on considerations of genre and style, particularly given the argument in Desiring the Kingdom: that we are affective, liturgical animals who are moved and shaped more fundamentally by the imagination than the intellect. (Proust’s Contre Saint-Beuve is helping me out with this.) Indeed, as I’ve noted before, I am more and more inclined to think it is a travesty that so much theology is so horribly written. Thus I’m trying to craft How Worship Works as a genre pitched somewhere between a treatise and a novel, though I can’t quite imagine (yet) what that might be.

So I was interested in Mark D. Jordan’s recent essay, “Missing Scenes,” in the latest issue of the Harvard Divinity Bulletin. Arguing that “forgotten forms of teaching need to be restored to the writing of Christian ethics,” Jordan rightly notes:

Whatever the causes, the loss of represented scenes of instruction in Christian ethics is the loss of significant power to describe or shape our lives. Since the Reformation especially, academic writers of Christian ethics seem to peel off one after another of their most powerful genres. We’ll give this set of forms to the novel. We’ll delegate the slow discipline of formation to spiritual writing, to religious education, to homiletics, to sacramental theology. This knowledge will go to a new science called psychology, and that set of practices to psychotherapy or counseling. And in case anyone should still be tempted to write ethics beautifully, we’ll create a condescending category for the “merely literary” essay as catch-all. What forms are left then to ethics proper? Some syllogistic skeletons, a few maxims or intuitions, the drone of the monologue, and a little flotilla of lifeboat cases. This does indeed assure boredom–and uselessness.