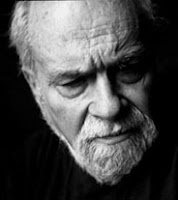 For a period roughly coeval with that in which philosophy attained professionalization, the canonical literary format has been the professional philosophy paper. Our practice as philosophers consists in reading and writing such papers; in training our students to read and write them; in inviting others to come read us a paper, to which we respond by posing questions which in effect are editorial recommendations, typically incorporated and acknowledged in the first or last footnote of the paper, in which we are exempted from such errors and infelicities as may remain and thanked for our helpful suggestions (p. 54).

Yep, that about nails it. I think non-academics, or even scholars from other disciplines, are sometimes astounded to learn that a philosophy “speaker” is really just a reader: s/he stands up at the podium and reads a manuscript, head-down, and rattles through the material.

Danto goes on to analyze this in Kuhnian terms: this is “normal science” in philosophy. “Mastery of the literary form is the key to success in the form of life.” It comes with tangible benefits (tenure, recognition, invitations to go read more papers). “These practical benefits aside, no one could conceivably be interested in participating in the form of life defined by this literary form, were it not believed that this is the avenue to philosophical truth.” But then Danto can’t resist lodging a bit of skepticism about this paradigm: “It is less obviously a matter of agreement that philosophical truth is defined by this being believed to be the way to find it.”

What Danto observes is the significant gap between “normal science” in philosophical writing and the range of creative genres that constitute the history of philosophy. And he starts to wonder whether that means we might not be very good readers, precisely because of the way we’ve learned to write:

Much of what I have read on Plato reads much as though he, to whom the whole of subsequent philosophy is said to be so many footnotes, were in effect a footnote to himself and were being coached to get a paper accepted by the Philosophical Review. And a good bit of the writing on Descartes is by way of chivying his argumentation into notations we are certain he would have adopted had he lived to appreciate their advantages, since it is now so clear where he went wrong. But in both case it might at least have been asked whether what either writer was up to can that easily be separated from forms of presentation that may have seemed inevitable, so that the dialogue or meditation flattened into conventional periodical prose might not in the process have lost something central to those ways of writing (p. 55).

It is exactly this concern about the irreducibility of form and the worry about what’s lost in translation that is dominating my thinking about volume 2 of “Cultural Liturgies.” But it’s also generally why I continue to resist certain hegemonies in professional philosophy, and even within my own department. Sure, Emmanuel Levinas’ Totality and Infinity does not have any formalized syllogisms or logical notation–but in that incredible book Levinas is performing something that cannot be teased out in “summaries of the argument.” Indeed, such summaries and translations and formalization do an injustice to the kind of philosophical truth embodied in such works. This is why Danto ultimately worries about how we read:

The form in which the truth as [Plato and Descartes] understood it must be grasped just might require a form of reading, hence a kind of relationship to those texts, altogether different from that appropriate to a paper, or to what we sometimes refer as a “contribution.” And this is because something is intended to happen to the reader other than and in addition to being informed (p. 55).