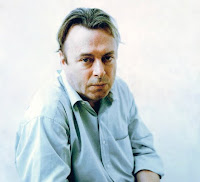 A couple of years ago a publisher invited me to enter the fray of the “new atheism” debates. I was tempted for a very brief moment, largely because I would have enjoyed reading Hitchens against himself–reading Hitchens the earlier literary critic & independent political commentator against the later Hitchens as secular fundamentalist whose critiques of religion are about as nuanced and studied as Sarah Palin’s foreign policy. But in the end I’m glad I passed.

Since then, of course, we’ve seen a spate of such Christian responses, ranging from sharp and brilliant (esp. those by Terry Eagleton and David Bentley Hart) to a larger subset that fail before they even begin, largely because they play the games according to the new atheists’ rules. And since that’s a loaded game, the house always wins. It’s very hard to play evidentialist tit-for-tat with scientism and come out looking like a winner.

If I were to ever pen a volume in the ballpark of these debates (which I won’t), I’d want to call into question the terms of the debate itself. That is, I’d want to try to put the secular fundamentalist (e.g., Dawkins, Hitchens) back on his heels by trying to show the extent of his own religion, the extent of his own deep faith commitments, his fundamental trust in a story about the world (whether that story be liberalism or naturalism or what have you). In short, the move would be to first call into question the very suggestion that there’s a distinction between the religious and “the secular.” The goal would be to push the secularist to the point of that Wittgensteinian bedrock at which his spade is turned and he has to confess, “This is simply what I do.” Here we’d hit upon the secularist’s prayer and confession: this is what I trust, this is what I believe–this is my confession, my religion.

Then the playing field is leveled: it’s no longer a matter of the “rational,” secular scientist pointing up the irrationalism of the “religious” believer. Rather, it’s always already an inter-religious dialogue. The secular is religious.

That’s not the end of it, of course: there’s still much to be discussed once we’ve framed it in these terms. And there’s nothing to say that his guarantees a “win” for the Christian. But we would have succeeded in shifting the terms of the debate by shifting the burden of proof and undercutting the supposed “upper hand” of the secularist. Then we’d be in a place for dueling stories.