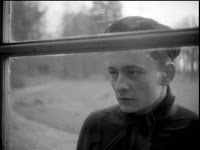 There are certain streams of “emerging” Christianity which seem to think that doubt is some revolutionary new stance that has finally had permission to emerge now that we are “new kinds of Christians.” Formerly oppressed by fundamentalisms that quashed any hint of uncertainty, such Christians are at pains to point out that we can never be certain. But having still accepted the modern equation of knowledge with certainty, they also end up professing that we can’t know. So what we’re left with is not doubt, but skepticism.

It seems that those who think permission to doubt is some radically new possibility for Christians are the same people who think that a concern for justice is some “secret message” of Jesus heretofore hidden from Christianity–when, in fact, it just means that it was hidden from them in the pietistic enclaves of their early formation. In a similar way, doubt is as old as faith. As Kierkegaard suggested in one of his journals, “doubt comes into the world through faith.” As I’ve suggested elsewhere, some of our greatest saints have been our greatest doubters, too. Some of our exemplary believers have also been masters of suspicion. The new kind of doubters have nothing on the likes of Graham Greene or Mother Teresa or Bernanos’ country priest or Endo’s Jesuit missionaries.
But there is also an important difference between emergent skeptics and catholic doubters: The new kind of skeptics want the faith to be cut down to the size of their doubt, to conform to their suspicions. Doubt is taken to be sufficient warrant for jettisoning what occasions our disbelief and discomfort, cutting a scandalizing God down to the size of our believing. For the new doubters, if I can’t believe it, it can’t be true. If orthodoxy is unbelievable, then let’s come up with a rendition we can believe in.
But for catholic doubters, God is not subject to my doubts. Rather, like the movements of a lament psalm, all of the scandalizing, unbelievable aspects of an inscrutable God are the target of my doubts–but the catholic doubter would never dream that this is occasion for revising the faith, cutting it down to the measure of what I can live with. It’s not a matter of coming up with a Gospel I can live with; it’s a matter of learning to live with all of the scandal of the Gospel–and that can take a lifetime. Graham Greene’s “whiskey priest” doesn’t for a moment think that the church should revise its doctrine and standards in order to make him feel comfortable about his fornication–even if he might lament what seems to be a denial of some feature of his humannness. All of his doubts and suspicion and resistance are not skeptical gambits that set him off in search of a liberal Christianity he can live with; they are, instead, features of a life of sanctification, or lack thereof. And no one is surprised by that. The prayer of the doubter is not, “Lord I believe, conform to the measure of my unbelief,” but rather: “Lord I believe, help thou my unbelief.”
For just this reason orthodox, catholic faith has always been able to absorb doubt as a feature of discipleship: indeed, the church is full of doubters. It is the grace of our scandalous God that welcomes them.