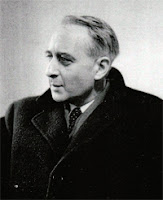 Lionel Trilling classic work of criticism, The Liberal Imagination, has been a companion for me over the past several months (and makes a brief cameo appearance in Imagining the Kingdom). It’s difficult for us to read now, over fifty years later, because almost everything has changed, including our perception of “liberal”–and so we almost inevitably come to Trilling’s book with misperceptions and wrong expectations. For example, we might come expecting some manifesto for an ideology that eventually gives us, say, Nancy Pelosi. That’s hardly the case.

Indeed, much of Trilling’s concern is a critique of liberalism–not, of course, in the name of a “conservativism,” but in the name of a more authentic liberalism, one characterized by a “moral realism” that calls to mind Niebuhr. In fact, I would suggest that both liberals and conservatives have things to learn from Trilling’s sketch of “the liberal imagination.”
Adam Kirsch’s little book, Why Trilling Matters, does an excellent job of contextualizing Trilling’s work. In particular, Kirsch shows the emergence of “Trilling-ish” themes in his earlier studies of Matthew Arnold and E.M. Forster. The study of Forster (1943), as summarized by Kirsch, would seem to be as relevant as ever today, in no small part because Trilling targets the illusions of moral purity that can beset liberalism (surely no less a danger for what passes for “conservatism” today). Indeed, Trilling chastises liberals for a lack of imagination: “liberalism,” he says, “is always being surprised.”
Forster embodied such naive-but-confident liberalism in the character of the Schlegels in Howards End. Trilling’s observations are worth quoting in full:

liberal intellectuals have always moved in an aura of self-congratulation. They sustain themselves by flattering themselves with intentions and they dismiss as ‘reactionary’ whoever questions them. When the liberal intellectual thinks of himself, he thinks chiefly of his own good will and prefers not to know that the good will generates its own problems, that the love of humanity has its vices and the love of truth its own insensibilities.

(This is just the sort of holier-than-thou liberal self-congratulation that is excoriated in Franzen’s Freedom [is Franzen our Forster?].)
What Trilling will eventually hail as “the liberal imagination” is characterized by a sensibility that is not so easily surprised–by a “moral realism” that has appropriately calibrated its expectations to the mess of our intentions. And this imagination and sensibility is fostered, above all, by the novel as “a kind of mithridate against our being surprised by life.”

Here is the province of the novelist, for the novelist explores the realm beyond conscious motivation and knows far better than the moralist that an act or a conscious intention may be good at the same time that there is behind it a lack of innocence or an element of self-assertion which, because it is not expressed, makes the act of virtue either issue in badness or fail of subjective worth. Into this realm law can never penetrate, articulate social judgment cannot go, nor even religion. This is the providence of Dostoyevsky and Tolstoy, of Henry James, D.H. Lawrence and E.M. Forster, of George Santayana and Aldous Huxley, of all the writers of fiction who are concerned with the question of style in morality.

If political discourse in the United States have devolved into farce, it is in no small part because we lack just this imagination–which is to say, we have become a nation that has largely abandoned “the novel” on these terms.