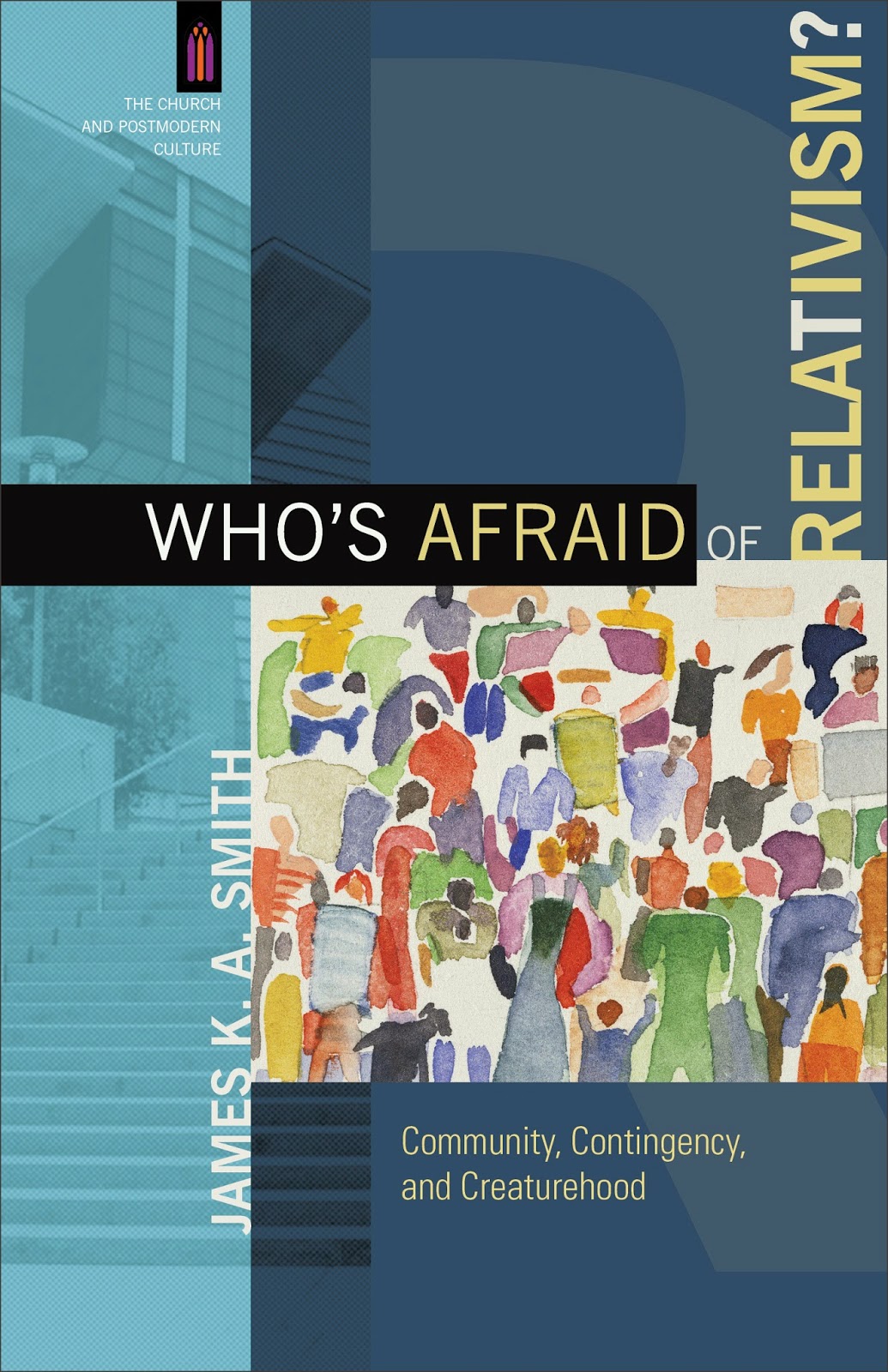 In just about a month, Baker Academic will publish my new book, Who’s Afraid of Relativism? Community, Contingency, and Creaturehood, the latest offering in the Church and Postmodern Culture series.

In some ways, this is kind of the “Anglo-American” sequel to the “Continental” conversation in Who’s Afraid of Postmodernism? Taking Derrida, Lyotard, and Foucault to Church.  In Who’s Afraid of Relativism? I engage the pragmatist tradition of Ludwig Wittgenstein, Richard Rorty, and their living heir, University of Pittsburgh philosopher Robert Brandom.  And since this pragmatist tradition is sort of the philosophical background of “postliberalism” in Christian theology, the final chapter reconsiders George Lindbeck’s important book, The Nature of Doctrine, for contemporary theology and ministry.

In the course of offering a Christian introduction to this philosophical tradition, I aim to refine just how we throw around the charge of “relativism,” seeking to constructively recover a theology of creaturehood that honors our contingency and the role of community in how we know what we know.

And like my earlier book, I talk about movies!  Who’s Afraid of Relativism? includes discussions of Wendy and Lucy, Lars and the Real Girl, Crazy Heart, and a fantastic but under-appreciated French film, I’ve Loved You So Long.

You can read more about the book, along with endorsements, at the Baker Academic site.

And don’t miss the chance to score a free copy: Baker Academic is giving away a few copies over at GoodReads.

(If you’re in the west Michigan area, watch for updates about a book reception hosted by the Calvin College Philosophy Department.)