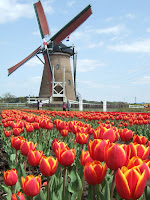 There are a number of denominations in the United States and Canada that are bound up with a distinct ethnic heritage and specific immigrant communities. These would include Lutheran denominations which were initially founded by German immigrants, the Swedes who founded the Evangelical Covenant Church, the Presbyterian Church in Canada’s Scottish heritage, or more recently, the growth of Latino Pentecostal congregations and Nigerian denominations in the United States. My own denomination, the Christian Reformed Church, has a similar history that intertwines a distinct theological accent with a significant ethnic heritage–in this case, waves of Dutch immigration to the United States and Canada.

Almost a year ago, I published an article in our denominational magazine, The Banner, that obliquely addressed some unique tensions (and confusion) at this intersection of Reformed identity and ethnic heritage. In “Buried Treasures?” I noted it this way:

[S]ome have been rightly concerned that what was often valued as “Reformed” was really just “Dutch.” And they rightly understand that the proclamation of God’s kingdom, and the invitation into the people of God, is not a matter of taking on the particularities of some ethnic heritage. So we have spent a generation sifting the tradition, as it were, in order to separate the dross from the treasures of the Spirit.

That’s a crucial concern. Yet I worry that something else has happened along the way: that we have inadvertently fallen into the trap of thinking that Reformed Christian faith is a kind of “content” or “message” that can be distilled and then dropped into other so-called “relevant” or “contemporary” containers.

I’ve just published a new article in Perspectives that now follows up on this issue, emphasizing the importance of “de-ethnicizing” the Reformed tradition without thereby losing the distinctive theological gifts and accents that we inherit from this specific incarnation of the Reformed tradition which we have inherited from thinkers like Kuyper and Bavinck and Dooyeweerd–who were, providentially, gathered as a community in the Netherlands. We should neither identify Reformed distinctives as if they are merely “Dutch” nor should we throw out such Reformed accents just because they have been inherited from a particular community. As I put it at one point in this new article, “A Peculiar People“:

Because a lot of CRC folk—including, it seems to me, denominational leaders— have unwittingly bought the historians’ ethnic reductionism, they have also implicitly accepted the Reformed = Dutch equation. As a result, the dynamics of immigrant embarrassment wash onto our denomination’s theological heritage. Rightly wanting to unhook the CRC from mere “Dutchness,” but having confused Reformed practice with Dutch ethnicity, eager “reformers” in the CRC advocate throwing overboard all sorts of Reformed theological distinctives in the name of relevance, reform, and even anti-racism.

We need a different paradigm. We need to refuse the tendency to reduce Reformed identity to mere Dutch heritage. We need to resist accounts that confuse theological distinctives with ethnic habits. I have elsewhere argued that those of us in historically “ethnic” Reformed denominations need to do some work “sifting” our ethnic habits from our theological inheritance. This is a two-edged sword. On the one hand, we can’t let merely ethnic preferences masquerade as theological distinctives; that is, we can’t allow Dutch traditionalism to parade under a “Reformed” banner. But I don’t think this is our biggest problem today. No, we need to appreciate the second edge of this point: while we cannot allow mere Dutchness to mask itself as “Reformed,” neither can we jettison the riches of a Reformed theological heritage under the pretense that it is merely an ethnic inheritance. We can’t confuse Reformed babies with Dutch bathwater.

Read the rest of the essay.