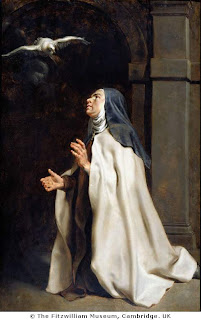 Well, after some (admittedly long) delays, I’ve just sent off the completed manuscript for my next book, Thinking in Tongues: Outline of a Pentecostal Philosophy. This will be one of the first volumes in a new series, “Pentecostal Manifestos,” published by Eerdmans. (Concurrently appearing will be a monograph by Frank Macchia on justification. I think both are slated for summer 2010.)

As I note in the Acknowledgements,

When I once tried to explain this book to a friend who was not a Christian, I realized it sounded like the plot of a David Lodge farce. Indeed the very idea of “a pentecostal philosopher” has the quirky, whimsical makings of a Wes Anderson film or a Dave Eggers story (you know the sort of plot: “When a one-armed Jewish fashion designer is put in charge of a hog production plant in Pender, Nebraska…”). It’s easy enough to imagine a wizened Bill Murray or naïve Jason Schwartzmann in the lead role.

But I hope the book makes the notion of a pentecostal philosophy–or at least pentecostal contributions to Christian philosophy–a plausible, viable, constructive project. In many ways, this book is working in the wake of Plantinga and Wolterstorff, who carved out the space for distinctly Christian philosophy. I’m pressing that argument one step further, also trying to further the rapprochement between the Reformed anc charismatic traditions.

Here’s a snippet from the Table of Contents that provides a bit of a glimpse into the book:

Introduction
What Hath Athens to do with Azusa Street?

Chapter 5
From Beliefs to Altar Calls: A Pentecostal Critique of Philosophy of Religion

Chapter 6
At the Limits of Speech: A Pentecostal Contribution to Philosophy of Language

I’m lobbying the publisher to include the image at right as the cover image. This is a Rubens, “Teresa of Avila’s Vision of the Dove,” that hangs in the Fitzwilliam in Cambridge. When we lived in Cambridge I used to take my kids there with sketchbooks for a quiet afternoon, so the image has some nostalgic significance for me. But in addition to the dove, the image also represents a persistent theme in the book–a resonance between a pentecostal philosophy and developments in feminist philosophy.

For now, I’m glad to have dispatched this and sending off into the machinations of editorial and production. I’ll look forward to not seeing it for a while.

Next up: Letters to a Young Calvinist.