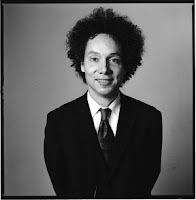 Malcolm Gladwell’s Outliers was an entertaining read at the time, but only one bit has really stayed with me, a number that haunts me more than it ought: 10,000. This is Gladwell’s magic number of genius. You might recall that his project is to demythologize “genius” by anecdotally noting the conditions of opportunity that yield the greats and masters. Genius is less a dispensation of the gods and more the cumulative effect of opportunity. And time. That’s where the magic number comes in: on Gladwell’s accounting, mastery or genius is never an overnight success. Far from it. Instead, even when stars “burst on the scene,” they are the products of hours and hours and years and years of practice, repitition, and drudgery. What made the Beatles, for example, was the endless gigs in out-of-the-way Hamburg, Germany, giving them the opportunity to accrue their 10,000 hours–the price of genius. Gladwell tells a similar story of Bill Gates, whose class and location afforded him hours upon hours on emerging computer technologies. The result? You guessed it: he logged that magic number.

That magic number, however, can also add up to despair. For example, I am a fledgling poet. (I won’t say a “budding” poet, since that would entail some Hegelian confidence that I’ll “bloom!”) Given the shape of my family commitments, my professional obligations, my other writing projects, and my general laziness and inertia, that translates into about 1 hour per month writing poetry. So let’s do the math: at that rate, I’d be approaching greatness right around the time I’d be giving Methusaleh a run for his money. Sigh.

And it turns out that Gladwell is probably right. I recall Donald Hall, in Unpacking Boxes, describing hours and hours of practice, producing reams and reams of detritus, and perched upon that pile is an iceberg-tip’s worth of great poetry. As Hall recounts:

Where I sit today, working at my desk, there are shelves behind me that are dense with abandoned or unfinished work–including the book-length mock epic in iambic pentameter. Behind my neck roosts a rookery of bad manuscript. To write as much as I have done, I have needed often to fail.

I also recall that Hall was a precocious only child–as was Updike. A pattern here? In any case, if 10,000 hours is the magic number of greatness, what can you get for, say, 636? Upon doing the math, one begins to wonder if it’s worth starting.