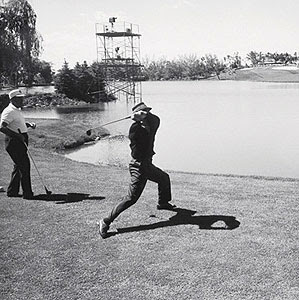 While it’s a throwaway comment within his new essay, “Life Studies: What I Learned When I Learned to Draw,” I paused for a while over this observation from Adam Gopnik:

Whatever sense of professional competence we feel in adult life is less the sum of accomplishment than the absence of impossibility: it’s really our relief at no longer having to do things we were never any good at doing in the first place–relief at never again having to dissect a frog or memorize the periodic table (p. 58).

Yes. That sounds right. To achieve “success” is often just the privilege of being able to insulate oneself from failure. The reward for competence becomes monotony and one becomes enslaved to one’s expertise. We become more and more failure-averse and instead carve out worlds without surprises, without tests, without risk. We polish all our shiny new trophies, but they’re all from the same sport, so to speak.
It’s particularly bothersome that this phenomenon seems to be inching its way back from the life stage of adult, professional success and creeping back into adolescence, even childhood. Something is afoot that has young people absorbing this failure-averse stance early on, shrinking from the possibility of being stretched in order to settle on a space for the early display of mastery. (This could be seen as a feature of what Charles Taylor calls the dynamics of “mutual self-display” in our age of authenticity.)
What’s lost in this “security” is precisely the virtue of failure–the strange thrill of trying and not succeeding (the first time, the third time, the 27th time). Indeed, I think even many of those who have achieved the “professional competence” that Gopnik describes have secret, buried desires to fail, to have the courage and opportunity to venture beyond the bounds of competence. To remember once again that peculiar high that comes from the attempt, the adrenaline rush triggered by working without a net–not to mention the cliched virtue of “try, try again.”
That, of course, is why Calvinists invented golf.