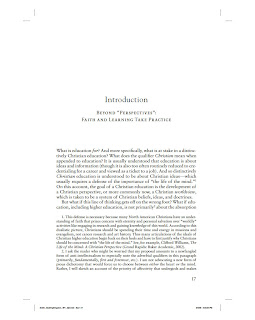 I’ve just finished correcting the page proofs for The Devil Reads Derrida–and the proofs for Desiring the Kingdom are now staring at me from the desk with an accusatory glare.

This is my favorite stage of book production. The manuscripts were sent off months ago with a “Good riddance!” of exhaustion and frustration, cast out into the world with an angst and insecurity that masks itself in temerity. By that time, the manuscript–usually overdue–has been hanging around like a smelly uncle who wore out his welcome months ago. During the final stages, all of its blemishes and failures and irritating ticks swell and overwhelm your perception of the book, so you tell yourself that you’re just “too close” to it and look forward to seeing it with fresh eyes upon its return to your desk.

By the time a marked-up, copy-edited version of the manuscript is returned, it’s just a more blemished, disheartening version of what you sent off. Except now an editor–sometimes with red pencil–has seen all the same failures and pockmarks. Your worst fears are confirmed and now you’re mired in attention to these details, struggling to still find that “distance” you were hoping for. It still reeks of that unwelcome uncle. It even still looks the same–it looks like a document you generated from your printer, or it’s simply a photocopied version of your manuscript. This doesn’t feel any closer to being a book; it feels even further away.

But then a few months pass. You’re quite glad to have sort of forgotten about the thing. And then a box arrives: crisp, taped, with a distinct shape, the publisher’s address emblazoned on the top of the label. You know what’s inside: the page proofs.

It’s hard to articulate the transformation that takes place. For me, it recalls the experience of moving from dot matrix printers to the crisp Times New Roman of laser printers. My academic career tracked this development. I’ve gone from having an electric typewriter, to an amped-up version of an electric typewriter that actually had a kind of disk system, to a dot matrix printer that rattled its high-speed labor across reams of paper connected by a perforated fold. Dot matrix already wowed me a bit: here was my introduction to fonts. But then I saw someone printing with a laser printer in a Times New Roman that looked like a book! This seemed like the grail itself: the work spit out from the laser printer seemed to come with the imprimatur of “publishing.”

When I finally finished my master’s thesis, I felt like this was a sort of coming of age because it was printed on a laser printer in Times New Roman. It will seem crazy, but this was a gift to me, in a very tangible way. At the time (indeed, during the entirety of my master’s degree), I was working the night shift at a feedmill in Cambridge, Ontario. The business manager was incredibly kind to me, and offered to let me print my thesis from his laser printer. I was thrilled and grateful. I had never seen the words in crisp Times New Roman during the whole process, and here at the end, it emerged from the printer with the shape of what felt like “a book.” (It would later be published as The Fall of Interpretation.)

Now we’re used to the banality of Times New Roman. That’s the mundane shape of the manuscripts that leave our desk. But I’ll never tire of cracking open the page proofs. This “thing” that’s been hanging around your neck like a millstone, sometimes for years, now looks like a book. I even love the marginal cut lines and marks for the printer. It’s always made me feel like “a writer.”

And so I relish page proofs. Though I also enjoy it while I can, because I know what’s coming: that inevitable, post-partum-like depression when the actual book is in your hands.