I’m still decompressing from the work of organizing the Midwest Regional Conference of the Society of Christian Philosophers here at Calvin College. It was a small, intimate conference that featured a range of scholars, from up-and-coming graduate students to seasoned scholars like William Hasker.

With the goal of breaking out of our focus (myopia?) on issues in metaphysics, epistemology, 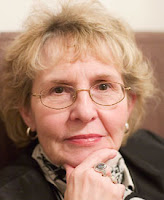 and philosophy of religion, I selected a theme meant to press a consideration of philosophy as a way of life: “Thinking in Public: Christian Philosophers as Public Intellectuals.” We had some sessions that did a nice job of engaging this theme, but it was especially the focus of the plenary sessions which featured two keynotes by Jean Bethke Elshtain (doing double-duty as this year’s Jellema Lecturer), and one by my colleague Matt Halteman who spoke about his work at the intersection of Christian philosophy and “compassionate eating” (as seen in his booklet for the Humane Society, “Compassionate Eating as Care of Creation” [pdf]).

One of Elshtain’s comments particularly stuck with me: while emphasizing the importance of “public” intellectual work–using scholarly resources to analyze situations of common concern, speaking to audiences beyond the academy–she also emphasized the importance of maintaining a rigorous scholarly agenda. Otherwise, she cautioned, the public intellectual ends up “more public than intellectual,” flitting from speaking engagement to speaking engagement without continuing to dig new wells of scholarly knowledge and discovery. Wise words.