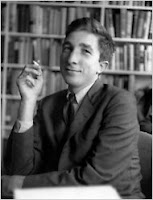 It’s quite surprising to me how often I think of John Updike. Though he was not the writer of “my” generation, he became my cherished stylist–a bit of a guilty pleasure, I know, given how baroque, flowery, and lubricious his sentences can be (but then again, I also can’t get over Thomas Wolfe). I should be more skeptical and distant toward the suburban environs of his novels, but his characters are so crisply drawn that you can’t forget them. And I love every facet of his work: his short stories are exemplars of the genre; some of his poetry has stuck with me like a shard in my imagination; and his essays constitute a veritable school in criticism.

I think the reason I miss him so much is because we heard from him so regularly: with a metronomic regularity one could count on hearing from him in the New Yorker (usually a short story, sometimes some verse) and the New York Review of Books (usually a work of art criticism on an exhibit at MOMA, our only evidence that he’d emerged from Beverly Farm). One could count on his authoritative commentary on culture (with its acquired patrician-like gaze) and the steadiness of that voice gave a sense that things we’re still holding together.

So Sam Tanenhaus’s essay on Updike’s archive is a welcome respite and salve for this absence in my life. It’s also a wonderful glimpse of a writer at work–at the hard labor behind the image of his effortless prolificity. And how interesting to see in his correspondence that Updike’s reception at Harvard was unlike Thomas Wolfe’s! Tanenhaus’s own writing is up to the task, and I’m grateful for this preview.