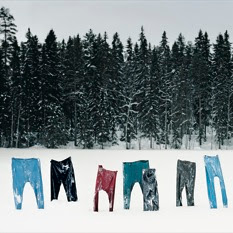 Twas the year of New Yorker stories for me, I guess. While I dabbled in some other collections (Hemmingway, Alice Munro), here are the five stories that made a dent on my imagination this past year (all published in the New Yorker):

5. Lauren Groff, “Above and Below.” A rather minimalist tale of a Florida runaway. Excellent writing. I’m hoping this is a first taste of what will be a novel.
4. Ron Rash, “The Trusty.” A Thomas Wolfe-ish tale of a break from a chain gang in North Carolina. A constant sense of foreboding takes a surprising turn at the very end.
3. George Saunders, “Home.” I’ve blogged about this one already.
2. Yosef Hayim Yerushalmi, “Gilgul.” It’s funny: when I first started reading this, I hadn’t paid attention to the author and sort of assumed it was a story by Amos Oz. It is an Israeli story in which a man encounters a gypsy fortune teller after the death of his father. Early in the story he powerfully recounts the sensation upon his father’s death:

The shock of it. He, Ravitch, who had always thought his mind inviolable, had naively conceived of depression as merely a state of being very sad. The trembling of his hands and the motor roaring in the back of his skull had enlightened him. Clinical depression, a succession of doctors had explained gravely, patiently, defining his suffering. Not uncommon under the circumstances. Not severe enough for hospitalization. A cocktail of various pills, taken over three months, had rid him of the worst symptoms. Time and new habits would undoubtedly assuage his nocturnal agitation. What was left was simply the feeling of being scooped out, hollow. No other words for it. But what did it portend?

1. George Saunders, “Tenth of December.” This is an incredible story. Deeply affecting. An excellent example of free indirect speech across two different protagonists whose stories eventually intertwine: a pudgy, dorky, but imaginative young boy, marginalized by his difference, and an older man suffering from an illness that drives him to the brink. Saunders, who is a gifted comic writer, here masters a deep sense of hope without bathos.