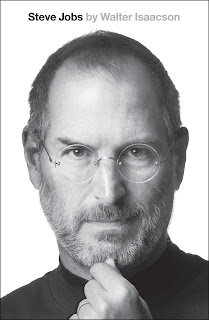 [From my GoodReads review] Since reading Fifth Business, Davies has stood, for me, as the quintessential Canadian man of letters (I realize I’m just catching up with the 1970s in this respect). His emergence from a village in southwestern Ontario resonates with me, of course–though his emergence was to the rarefied world of Upper Canada College, Queen’s University, Oxford, and ultimately Massey College at the University of Toronto. But there is something about the Protestant Canadian village that one can never leave behind. As I’ve often said, “You can take the boy out of Embro, but you can’t take Embro out of the boy.” The entire Deptford trilogy might be about exactly that point.

Val Ross’ quasi-biography employs the same method as Nelson Aldrich’s potrait of George Plimpton in George, Being George: George Plimpton’s Life as Told, Admired, Deplored, and Envied by More Than 300 Friends, Relatives, Lovers, Acquaintances, Rivals–and a Few Unappreciative …–which I reviewed a few years ago (seehttps://jameskasmith.blogspot.com/2009/02… ). The strategy is to compile snippets of conversations and testimonies from a wide array of family, friends, and acquaintances, organized into a chronological survey of a life. It is perhaps the ideal way for a journalist to write a sort of biography, and Ross undertook herculean labor in tracking down sources. (Sadly, Ross died of cancer before this book was published.)

The result is a deceptively easy read that breezes through Davies life, yet with a rich cumulative effect. I’m now picking up The Manticore.

4. Selected Letters of Thomas Wolfe.
Edited by his former agent, Elizabeth Nowell, these letters are charged with the same frenetic energy as his fiction. And given the range from his youth until just a couple of days before his untimely death, they also function as an ersatz autobiography.
Wolfe’s candor and sincerity go a long ways toward making up for his narcissism and insecurity. His account of critics and reviewers will surely resonate with anyone who has taken the risk of putting their thoughts in print (noting “that one of the pleasantest occupations of a great many people in this world is to shoot down a whole regiment of wooden soldiers, and then return triumphant from the wars, saying, ‘we have met the enemy and they are ours'”).
But most interesting are the glimpses into the creative process, the sheer labor of writing, the manic highs and deep lows that attend the process. Wolfe’s work ethic was impeccable–none of this “waiting for the muse” mythology, sitting around waiting for inspiration. Wolfe was a workhouse of a writer, a lunchbox creator who punched the clock of discipline.
For more, see my earlier blogs on this book here and here.
3. Joan Didion, Slouching Towards Bethlehem.
Everything I had expected and hoped it would be. See my comments from July for a more detailed reaction.
2. The Ends of the Earth: An Anthology of the Finest Writing on the Arctic and the Antarctic, edited by Francis Spufford and Elizabeth Kolbert.
I have long been fascinated by the poles, particularly the South Pole because of its proximity to Cape Horn, which also holds a strange enchantment for me. Hitting upon this book in a bargain bin was a wonderful surprise for me. The book is really two-in-one, inverted to one another, with different covers front and back–so each cover is actually the “front” of the other book. More importantly, Kolbert and Spufford have done a marvelous job selecting and editing pieces from the history of exploration in both poles. To be able to read the waves of attempts to reach the pole in quick succession is a peculiar but affecting experience. I also think this book is a treasure trove for those thinking about leadership (as Nancy Koehn showed in the New York Times a couple of weeks ago).
My bias is towards the Antarctic: here you’ll find selections from Cook, Wilson, Shackleton, Amundsen, and Scott, along with the classic tale of Scott’s catastrophic return to Antarctica as told by Cherry-Garrard. In recounting the “Winter Journey,” a sort of scientific side-exploration before “the Polar Journey” to the pole itself, Cherry-Garrard is poignant in his understatement as he recalls his companions, Birdie and Bill:

In civilization men are taken at their own valuation because there are so many ways of concealment, and there is so little time, perhaps even so little understanding. Not so down South. These two men went through the Winter Journey and lived: later they went through the Polar Journey and died. They were gold, pure, shining, unalloyed. Words cannot express how good their companionship was.
Through all these days, and those which were to follow, the worst I suppose in their dark severity that men have ever come through alive, no single hasty or angry word passed their lips. When, later, we were sure, so far as we can be sure of anything, that we must die, they were cheerful, and so far as I can judge their songs and cheery words were quite unforced. Nor were they ever flurried, though always as quick as the conditions would allow in moments of emergency. It is hard that often such men must go first when others far less worthy remain. […]
I am not going to pretend that this was anything but a ghastly journey, made bearable and even pleasant to look back upon by the qualities of my two companions who have gone.

Spufford’s own introduction is a gem in its own right. He is an excellent writer and doesn’t shrink from the solemn, almost sermonic tone that we find in the journals themselves. For example, he confronts the reader and asks:

Which are you? Are you a Captain Scott, tense, anxious, man-hauling your way through the snow by main force yet describing it brilliantly afterwards, relying for your authority on military rank and charm? Are you a Shackleton, with exactly the same prejudice against dog-sledging as Scott, having learned it with him on the same disastrous journey in 1902, but allied to a wonderfully supple gift for managing people, maternally kind when you could be, unhesitatingly ruthless when you had to be? Are you Amundsen, driven, impeccably self-educated in polar technique, yet far more of a polar performance artist than a word man, and so best appreciated ever after by skiers, mountaineers, ice athletes who can dance through the same moves he made, on his way to the Pole in 1912? Are you, far more obscurely, a Shirase, scarcely noticed by the main contenders for the Pole when he turned up in the Ross Sea in 1912, yet determined to be there, to make a start?

1. Steve Jobs, by Walter Isaacson.
Those close to me are sick of hearing about this book. And indeed, what hasn’t already been said about it, surely the most-reviewed book of 2011? I can only say that I was–and continue to be–deeply affected by this book. It was discomforting and inspiring. While Isaacson’s prose is pedestrian, the story–and Jobs as the protagonist–moves on its own. Here is a conflicted character no novelist could have dreamed up. I also think some of my fascination stemmed from the fact that the history of Apple, and the history of personal computing, is pretty much parallel with my own history. I also deeply resonated with Jobs’ aesthetic sensibilities–his vision for holistic production, concurrent engineering, and a beautiful simplicity.
Perhaps above all I came away astounded by an energy for innovation and creativity that makes the academy look dowdy and conservative. We scholars like to fancy ourselves radicals, on the front lines, on the cutting edge–but the truth be told we are inherently conservative animals who don’t want anyone to mess with the status quo of tenure and staid rhythms of the university as we know it. At points I was almost sheepish as I looked at my own boring, plodding preference for comfort in contrast to the bold innovation that sustained this generation of college dropouts. The book has stayed with me, not always in ways that I like.