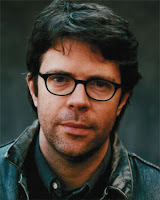 Though it appeared in May, I just had opportunity to read Jonathan Franzen’s New Yorker story, “Agreeable.” It seems to me that Franzen could be seen as something like the heir to Updike, not as a stylist, but in terms of his commentary on suburban, middle-class America. This story is a snapshot of Patty, a high school athlete from Westchester, NY who is basically exiled within her own family. And though she is violated, what’s really disturbing in the story is how she is treated by her family, especially her mother. All of this is presaged within the first few paragraphs when Franzen pegs the mother concisely:

Patty’s mother was a professional Democrat. She later became a state assemblywoman, the Honorable Joyce Emerson, known for her advocacy of open space, poor children, and the Arts.

The ambiguity of that final “of” is brilliant, as is the delectable capitalization of “Arts.” But then he follows up with this zinger:

Paradise for Joyce was an open space where poor children could go and do Arts at state expense.