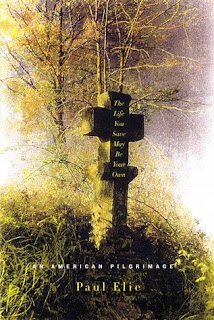 I’m not sure how this happened, but somehow my 2012 reading was dominated by non-fiction and only some blips of fiction, short stories, and poetry (in stark contrast to my rich year of fiction reading in 2011).  Of the stories and novels I enjoyed in 2012, I think I would highlight just two (though I hope to have more to say about Tom Wolfe’s Back to Blood in the near future):

Robertson Davies, The Rebel Angels, the first volume in his Cornish Trilogy (originally published, 1981).  A “campus” novel set at the College of St. John & the Holy Ghost (modelled on Trinity College at the University of Toronto), The Rebel Angels is a bit of an indulgent romp for an academic reader.  The pinnacle of Davies’ weird blend of medievalism and Jungian notions of myth, populated with unforgettable characters, it’s begging to be made into a Downton Abbey-like miniseries!

Just one pristine gem to highlight from my reading this year: “The Necklace” by Guy de Maupassant.  This might just be the apotheosis of the short story.  I read this in a marvelous collection, The Oxford Book of Short Stories, ed. Elizabeth Fallaize (Oxford University Press, 2002), which also includes Balzac’s classic, “The Message.”

So 2012 was the year of nonfiction for me.  And looking back, it might also be described as the year I became a conservative (more on that anon, perhaps).  Here are a few highlights from my reading:

When I read Charles Murray’s Coming Apart: The State of White America, 1960-2010, early in 2012, I found myself constantly arguing with it.  This was a sign that it was making a dent on my imagination.  And now that I look back on 2012, this is one of the bookS that has kept wafting back into my consciousness.  Murray is someone that liberals love to hate, but this book really pressed me to revisit some of my baseline assumptions.

In a similar way, Ross Douthat’s Bad Religion: How We Became a Nation of Heretics offers an analysis and argument of contemporary American religion and spirituality that I believe needs to be absorbed and heeded if any kind of integral, orthodox Christianity is going to survive the assimilating maw of American culture.  There might be points of disagreement about the history.  For example, I think the “heresy” of American religion is as old as the American experiment itself–it’s just that American culture lived on borrowed capital until the mid-20th century.  But it’s Douthat’s diagnosis and prescription that are the most important.  (I would recommend reading this alongside Peter Leithart’s very important book, Between Babel and Beast: America and Empires in Biblical Perspective.)

I’m most grateful that I finally found opportunity to read Paul Elie’s classic, The Life You Save May Be Your Own: An American Pilgrimage–his stirring, intertwined account of the lives of Dorothy Day, Flannery O’Connor, Thomas Merton, and Walker Percy.  The book left me with a deep conviction about the need to cultivate more time and space for contemplation in my life.  (Not that I’m doing any better on that front.)

Finally, in the sheer-delight category, I was enthralled by Charles C. Mann’s 1491: New Revelations of the Americas Before Columbus.   Mann challenges both “Sunday school” and “middle school” pictures of the Americas before European colonization.  He debunks the myth of a-cultural Indian existence, showing how indigenous peoples very much shaped nature by their culture.  While recounting the new state-of-the-art in our understanding of the Americas before Columbus, Mann also tells the story of science, tracking debates and developments in anthropology.  A fascinating book.